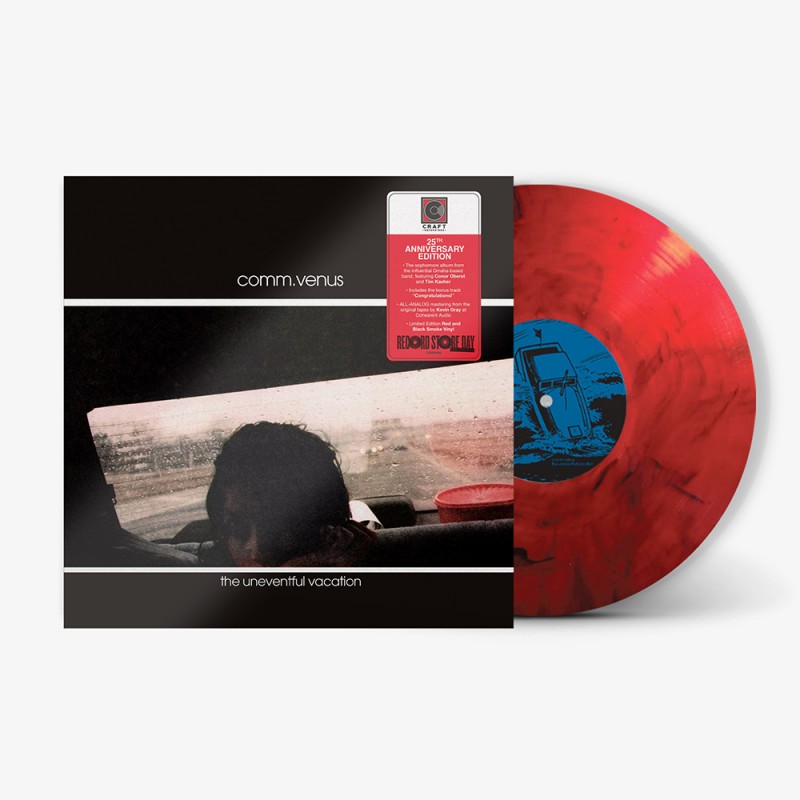 Not long before recording his first songs for Bright Eyes, 14-year-old singer-songwriter Conor Oberst co-founded Commander Venus alongside bassist (and future Cursive frontman) Tim Kasher, guitarist Robb Nansel (now president of Saddle Creek Records), and drummer Matt Bowen (who would soon join the Faint and be replaced by Ben Armstrong). After releasing their 1995 debut, Do You Feel at Home?, the Omaha indie rockers caught the attention of Wind-up Records, who backed the group’s sophomore album, The Uneventful Vacation. While The Uneventful Vacation marked the musicians’ final record together, before they each embarked on their next ventures, this formative album has since become a cult favorite in the ’90s emo canon. This 25th Anniversary Edition is pressed on Red & Black Smoke vinyl with all-analog mastering from the original tapes by Kevin Gray at Cohearent Audio. It also includes the bonus track, “Congratulations!” which appeared on the original vinyl release.

Side B:
1. The Way Things Had To Be
2. Dress To Please
3. The Walk-Around Problem
4. My Collapsing Frame
5. The Raining Holiday (Part II)
6. The Role Of The Hero In Antiquity
7. Congratulations!